New Yorkers get a bad rap for being unfriendly people. But it’s not that. It’s that because we have a higher population, the odds for more assholes-per-square-inch increase, because, math. And then the rest of us New Yorkers have to deal with the more-assholes-per-square-inch ourselves, so we become accustomed to encountering and dealing with them, and then we believe they’re everywhere here too, which creates a spiraling domino effect that results in the “New York State of Mind.” And if the following things bug you, then congratulations; you’ve officially evolved to an authentic New York State of Mind. 🙂

1. When someone sits directly next to you on a virtually empty train or bus.

New Yorkers are used to people always being around at any given moment, but when it’s not rush hour or a busy period, we grab that moment of solitude and hold on tight. 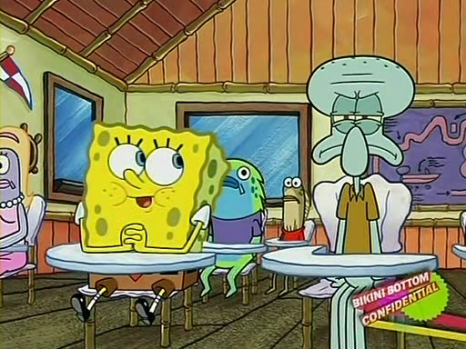 There is a rule: You do NOT sit next to someone if there’s an available seat NOT sitting next to someone. You do NOT enter the train and sit at the closest available seat next to someone, just because it’s close! You scan the aisle, take a leisurely stroll through the moving car, core engaged (because this will help your subway surfing skills) and pick a nice empty space keeping up the yin/yang of passenger-empty seat-passenger-empty seat. You ONLY break this balance if there is no other option. And if you DO break the balance, and there ARE other options, then yes, those strange waves of vengeful resentment you might be feeling are absolutely directed at you.

2. When someone walks parallel on the sidewalk at the same speed as you.

And then you need to hope they aren’t also crossing the street too. Which leads to…

3. Coincidentally walking the same route as another person.

I’m sure in small towns, you both would giggle and make a joke about how one’s stalking the other, or even strike up some small talk about where you both are going. But in New York, if you’re playing the “Pass That Person” game on the street, but then you both end up waiting at the curb side-by-side for the Walk signal to turn, cross the same street, both turn right, stop at the same bodega for only one thing so you both pay quickly and leave at the same time, and then turn LEFT together (this happened on my walk to the gym this morning, I kid you not) and cruise up the next block trying to act like you don’t realize the other person is still there, or suspecting that they were paid to keep tabs on you…

4. Speeding up to cut me off and then immediately walking slowly.

This is most agonizing on stairs. Like if you’re exiting the train and you want to ninja-rush up in double-time, but someone darts in front of you, then proceeds to lumber their way up at an excruciating pace. WHY DID YOU CUT ME OFF THEN? Why was it so important to cut me off so that you could walk slowly?

Your hurried MOVEMENTS do not mean you are progressing quickly.

And then when you try to scurry around them, a barrage of people come trailing down on the other side. Then you and the rest of the line are stuck matching the pace of the lumberer for the whole walk up. And I telepathically communicate to the people behind me, “I would have done better for you.”

I chalk this up to some sort of Narcissus complex. You, strolling down the street like you don’t have to get to work, or like it’s not raining really hard, with your arms outstretched (mentally). And maybe your right-hand man is right beside you, but only kind-of sort-of, because you both have to stretch out to make sure you’re taking up the entirety of the sidewalk, and yell your comments to one another across the space in “conversation” as you both saunter your way, making it highly difficult for anyone to zip around you from either side. It’s a declaration. A declaration that you are not aware of anything going on around you.

6. Those who stand on the left side of the escalator.

My very own boyfriend, who is not from New York, told me that outside of the city, the notion that there is a standing side on the escalator AND a walking side is unheard of.

I mean, I get it. Technically, I guess the entire concept of an escalator is so you DON’T have to walk up it at all. You stand and check your phone and have a chat, feet firmly planted as it delivers you to your final destination. But goddammit, this is a city of movers. And if i’m on an escalator, it’s because I have somewhere to be. And in New York, escalators are advanced stairs. And if someone forgets the rule of the standing side and the walking side…well, you could say “Excuse me,” I suppose, and hope they hear you (I have a low voice). BUT HOW DO THEY NOT KNOW THE CODE?? The I-don’t-feel-like-walking people are lining up on the right for a reason. If you’re not, then you’re an obstruction. And I might have to break out the nonchalant bravado and bypass the escalator for the stairs because you’re choosing to be an obstruction.

Ever tried to beat the escalator riders by showing them you can use your legs on the stairs and making it to the top before them?

Ever done it at the Exchange Place Light Rail station in Jersey City?

My bravado really took a toll on my lungs that time.

Not everyone has a New York State of Mind. The OGs are now outnumbered.